Troubled by European debt worries and record low bond yields, mortgage rates dropped to new all-time record lows again this week hitting an average 4.09% on the fixed 30-year mortgage, according to Freddie Mac. But many homeowners applying for refinances, and home buyers obtaining mortgages for purchases obtained even lower rates. 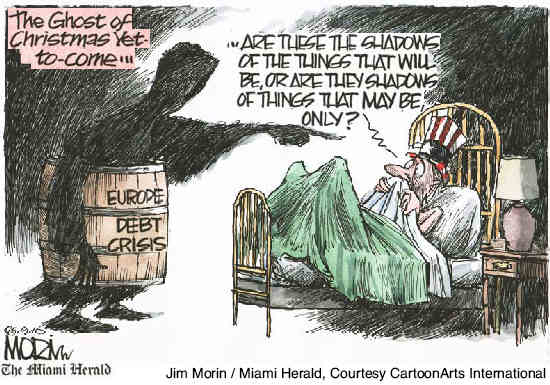 Investors on Wall Street and in other financial markets are worried that contagion over banking troubles in Europe could spread to  U.S. banks, triggering a second collapse on Wall Street. Since the financial crisis started more than three years ago, banks and other financials have never really rebounded from weakness. Record rates of foreclosures hurt banks balance sheets and cut into lenders profits.

The 15-year fixed rate mortgage also hit a new record low, averaging 3.30% with 0.6 point down from 3.33% last week. The shorter term mortgage has become popular with homeowners as many mortgage holders make increasing efforts to pay-off their homes in light of the tough economy.

The minor hike in adjustable mortgage rates was at least partially expected by many analysts since adjustable loans had already gotten to such low levels. But with the increase in mortgage purchasers selecting fixed rate mortgages at record lows, few borrowers are expected to be affected by the rate increase.