Mortgage rates hit a new record low averaging just 4.27% on a 30-year fixed rate loan, according to Freddie Mac. The rate dropped .05 from last week to reach the new mark with an average 0.8 point. 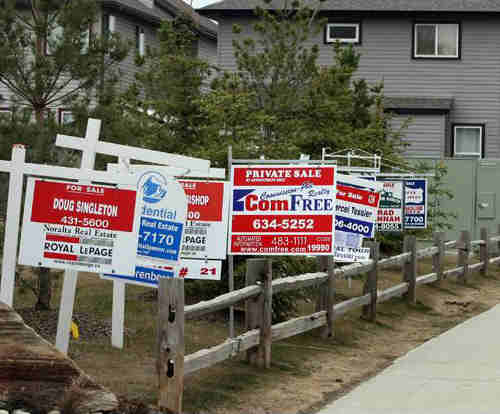 Mortgage rates have been on a decline for more than two months as the Federal Reserve keeps its standard prime mortgage lending rate at 0.25% in efforts to get the mortgage market to stabilize, and get banks and other mortgage lenders to loosen the grip of lending. Underwriting loan criteria was tightened more than two years ago as a result of troubles that brewed to a near halt on Wall Street and in other financial markets.

“The 12-month growth rate in the core price index for personal consumption, which the Federal Reserve closely tracks has been drifting lower over the past six months ending in August and suggests inflation is running at a tepid pace at best,” said Freddie Mac chief economist Frank Nothaft. “This allowed mortgage rates to ease to new or near record lows this week.

“Housing affordability increased for the second month in a row in August to tie April’s level, according to the National Association of Realtors. As a result, pending existing home sales also rose for the second consecutive month in August to the strongest pace in four months, the NAR also reported,” said Nothaft.

As home prices decline in the majority of the nation, buyers are turning out in greater numbers, and mortgage applications for home purchases are higher by 14% for the week ended October 1st, according to Freddie Mac.