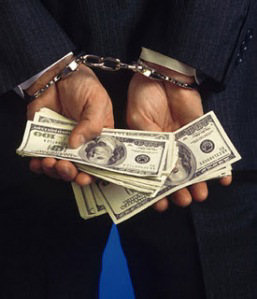 that promised to provide homeowners at risk of losing their homes foreclosure relief.

The order was issued in U.S. District Court in the Central District of California against Samuel P. Bain and his co-workers under three companies for their roles in a mortgage modification relief program that allegedly ripped-off homeowners. Bain was also ordered to halt telemarketing and refrain from making claims to provide debt relief services to consumers.

The case was filed against Bain and six defendants by the Federal Trade Commission.

The order, which includes a $3.89-million judgment also bans Bain and six defendants in the case from making claims about benefits, performance and from misrepresenting facts regarding a foreclosure from taking place by purchasing the firms services.

The scam reportedly charged consumers up to $4,250 for a service to reduce their mortgage payments, mortgage interest rates and even promised to reduce mortgage balances. The same services can be obtained directly by homeowners who qualify through bank servicing companies and lenders associated with the government’s Home Affordable Mortgage Program for free.

The settlement requires the seven to pay back millions of dollars in “ill-gotten gains” and permanently bans the defendants from selling any mortgage assistance or debt relief products or services.

The judgment against Bain, U.S. Homeowners Relief, Inc., Waypoint Law Group, Inc., and American Lending Review, Inc. is being referred to the U.S. Treasury Department for collection, which insures that the government collects the money.

The Federal Trade Commission investigated the group and its practices after it received complaints from consumers regarding promises company representatives made assuring homeowners they would not be foreclosed on their homes.