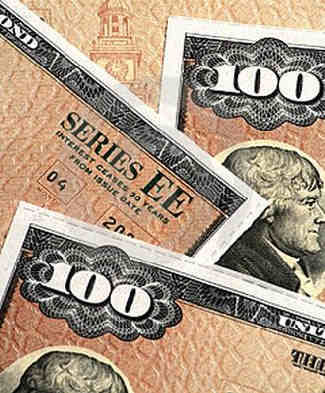 Investors are looking for safe havens to invest their money in as Congress debates the issues related to the nation’s budget crisis. The Treasury Department says that the deadline for the agreement to be worked out is August 2nd before the U.S. would default on bills that need to be paid. The Congressional bickering has set the stage for the nation to default on its financial commitments for the first time in U.S. history as President Barack Obama threatens to veto legislation currently being offered by Republicans.

The arguing unhinged financial markets and pushed investors to look elsewhere to put their money instead of U.S. Treasury bonds, which have long been considered the safest place to invest their money, despite exceptionally low rates of interest. Treasuries dropped below 3% on the bench mark 10-year note for an extended period in Wednesday afternoon trading.

However, mortgage rates only moved marginally from a week ago, according to Freddie Mac. The rate on a 30-year fixed rate loan averaged 4.55%, a move from 4.52% last week. The 5-year Treasury indexed hybrid adjustable rate mortgage averaged 3.25% this week with an average 0.6 point, down from last week, however, when it averaged 3.27%. 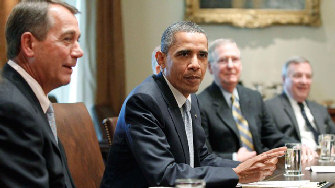 The gentle movement in rates may be a good omen for financial markets, but could just as easily indicate that investors believe lawmakers may work out a deal in the last minutes before time runs out on agreeing to a new budget. Failing to reach an agreement is more than likely going to push mortgage interest rates much higher over the short term, and would have a devastating impact on home sales and the sales of other goods and services related to borrowing.

Should Congress fail to reach a deal on the budget, the country’s credit standing could be downgraded by the nation’s credit rating agencies, which are already being criticized for missing calls on the housing market. A downgrade could jeopardize U.S. standing in world financial markets and send Treasury yields much lower for investors.

Typically older retired persons and funds that deal with them purchase large lots of Treasury bonds as safe haven investments, but over the past decade international monetary funds have also purchased Treasuries as safe havens to invest their cash.

Most economists are concerned about the economy and how any impasse would impact financial markets and mortgage rates. “Macroeconomic data released this week were a mixed bag,” said Freddie Mac chief economist Frank Nothaft. “On the positive side, the index of leading indicators in June rose for the second consecutive month, beating the market consensus forecast. Partly offsetting this, orders for durable goods were weaker than market expectations for the same month. The net effect on mortgage interest rates was very little change from the prior week.”