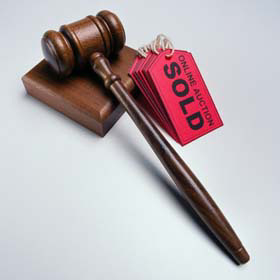 “The quality and condition of these assets will compel even the most sophisticated of investors to take notice,” said Auction.com CEO Jeff Frieden, whose company will hold the event May 17th. “In any financial cycle, there is a best time to be active. For investors interested in Nevada we believe that time is now.”

Frieden’s firm will hold the auction with Archetype Advisors, a loan sale advisor in a live on-site and online event in Las Vegas. The auction will be held to sell-off a variety of properties, including strip malls, retail space, apartment buildings, land and industrial office buildings in what has become the hardest hit foreclosure market in the nation.

Non-producing notes will also be auctioned as part of the three day event. A $56 million note secured by 333,234-square-foot Sahara Pavilion North retail center on 29 acres of land in Las Vegas will be up for auction. A $50 million note secured by a gated apartment complex off the Las Vegas Strip featuring 524 units and a note on an apartment building with 420 units will be sold to the highest bidder. 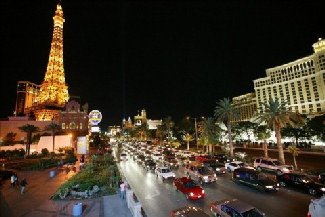 The massive volume of properties being auctioned of homes, commercial buildings and tracts of thousands of residential home sites paints a disturbing picture of the U.S. foreclosure crisis. In Marietta, Georgia an Atlanta suburb another auction company will hold a separate event to sell off more than 700 home sites and other property in late May.

“The credit crisis and recession left banks holding a lot of real estate, and we haven’t had a sale with this many properties in several years,” said John Dixon, president of John Dixon and Associates. “We have more than 700 home sites, many of which will be sold in entire subdivisions where no homes were ever built.”

Single family homes and other properties aren’t yet selling for pennies on the dollar, but some real estate analysts believe the auction business is only beginning to see its peak days. “We see a lot more foreclosures out there and that means more property auctions and lower prices,” said Dan Carson, an independent analyst who has made his living advising real estate investors 35 years. “The Dixon auction and others should send a message to Washington, but they (U.S. Congress) just don’t see how bad this thing is or they just don’t care.”

As the largest company in the business, Auction.com has sold more than 100,000 homes since 2007. Homes and other properties are often priced with a minimum reserve bid to start with and are then sold to the highest bidder once that price is reached.

At Dixon’s auction, properties will sell absolute, meaning each will be sold to the highest bidder with no minimum reserve for properties located in 18 counties south of Interstate 20, which runs through Atlanta.

In Phoenix, another one of the nation’s hardest hit foreclosure havens more than 75 homes were auctioned off recently, including two Scottsdale mansions that sold for more than $1 million each during the bubble. Another larger auction, featuring more than $40-million in real estate is in the planning stages.