In the modern world, mortgage appraisers calculate the value of residential real estate based on its age, location, square footage, general appearance, amenities, and tax burden. 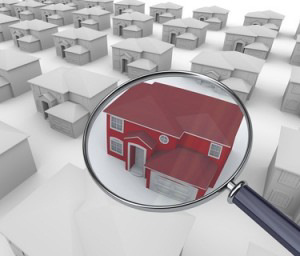 Many also include an amorphous “fudge value” to take into consideration intangibles like a superb school district, or the hazard-limiting value of being at the end of a cul-de-sac, or dead-end road.

But changes to that model are in the works, and for the “greenies” among us – those of us who actually calculate our environmental footprint the change is all for the better, and could save homeowners money on energy bills.

Called the Sensible Accounting to Value Energy Act, or SAVE introduced in Congress by Senators Michael Bennet (D-CO) and Johnny Isakson (R-GA), the initiative aims to include a home’s energy profile as a measure of its true value in granting loans and conducting appraisals.

That is, SAVE will evaluate all of a home’s assets, not least its energy use. A bonus for the mortgage appraisal industry, according to Amanda Hurley, Communications Manager for the Institute for Market Transformation, or IMT, is that appraisers won’t have to gather the energy-use information themselves. Instead, it will be provided by something similar to a HERS report, or Home Energy Rating System, widely used across the nation, most notably in California, where Realtors use the ratings. 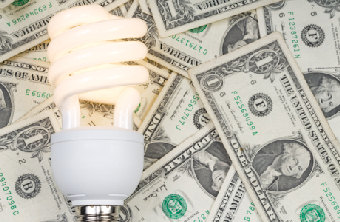 In addition to reducing energy use, the initiative plans to add 83,000 new jobs in direct or peripheral supporting positions. That is, the hiring of inspectors, appraisers, underwriters, or even factory workers making energy-efficient products – a move which has to be a step up for the U.S. economy now that most of its manufacturing infrastructure has been outsourced to developing countries where labor is cheap and environmental regulations are limited.

The initiative has a far-reaching goal beyond energy efficiency and added jobs, however. In a nation where homeowners typically pay more than $2,000 a year in energy costs, to heat, cool, light and operate their homes, the energy savings implied by these newly certified “green” homes points toward that clean and secure energy future often touted by the Obama administration as a national paradigm.

The proposed law will provide a regulatory and financing framework that would allow home buyers to finance renewable energy facilities (a solar array, or a wind tower, for example) or home energy upgrades as part of their mortgage, in very much the same way that PACE (Property Assessed Clean Energy) financing allows energy upgrades to be paid for and billed against property taxes and is likely to save homeowners money.

With supporters on both sides of the aisle, and across the entire real estate spectrum, as well as environmentalists and energy experts, the initiative will not only help homeowners save energy dollars but will help put the U.S. on a secure energy footing – something that hasn’t existed since the first oil crisis in 1973.