It’s a beating that’s hard to take –a financial loss on your own home. Just a handful of years ago you couldn’t go any where in public without 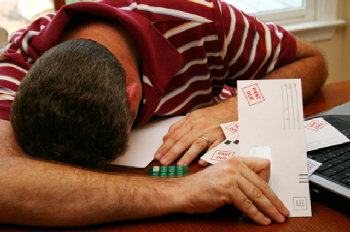 over hearing how hot the housing market was. People were buying and selling property as much as they could afford or were allowed to. Then the music stopped.

Like a river that flowed into a concrete dam, bankers abruptly turned off the home lending valve. The problems started in the subprime market, but quickly moved into conventional mortgages, and it wasn’t long before we all learned that Wall Street was selling as many mortgage backed securities to sell as many loans as possible. The financial crisis exploded and the U.S. economy was in trouble. Congress handled the mess like it always does with any crisis in emergency mode.

Millions of homeowners have been foreclosed since, and millions more face the possibility of losing their homes due to the mess. Losing a home is serious business. Losing money is only part of the problem. Credit issues can cause trouble with other financial matters, trigger increases in insurance costs and make it difficult to obtain another mortgage for a number of years.

Then there’s the case of keeping one’s job. Some positions require high credit ratings. If credit scores drop, some employees are shown the door, although more and more employers are coming to grips with present day reality. The banks and Wall Street set up the system, and they are the one’s that win. After all, the U.S. government is bailing them out. 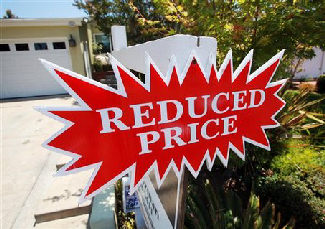 But the reality of taking a loss on a home is something that wasn’t part of the equation when most people went out shopping for a home to begin with. In the boom times there were relatively few foreclosures, which only happened when someone lost their job, became seriously ill or other worst case scenarios arose. Taking a financial loss wasn’t a consideration. But like swallowing a pill that was too big to gulp down, millions of Americans are now facing that reality.

Present day reality dictates that homes listed on the market that are overpriced don’t get shown except as “a switch” by real estate agents. That’s a home that will rarely be sold because of it’s high price but is only shown by most sales people as a way of showing what a great value other properties are that are shown to home buyers.

Home prices have fallen at least 50% in the U.S. and are down substantially more in especially hard hit areas of the country like Florida, California, Nevada and a host of other states. Commercial real estate is down even more and both have a lot further to tumble. The economic equation is clear. Unless foreclosures are somehow halted in at least a large way, the prices people pay for homes will deflate much further and are unlikely to reach the highs at the top of the market in most of our lifetimes.

That’s the sad reality of our economic straits. There is little that the government is really doing that will marginalize that fact, and when the reality sets into the masses that’s when more and more mortgage holders will walk away from their homes, and take a loss on their own home.