The online survey completed Sunday found that 71% of those surveyed feel that the market is not improving, the highest figure in the five years Housing Predictor has been asking the same question. Only 29% of respondents said they think the housing market is improving. 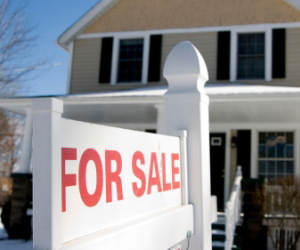 Rigid mortgage lending guidelines and declining home prices contribute to a troubled housing market that is experiencing a record number of home foreclosures. More than 7-million homes have been foreclosed since the foreclosure crisis started, and more than 9-million others are at risk of losing their homes.

The financial crisis and the lack of lenders willing to negotiate a compromise with mortgage holders is pressuring home prices in all but the most heavily impacted markets. However, four states are seeing their home values rise and could see additional appreciation in coming months.

The upward trend has been driven by low mortgage rates and lower home prices, which have declined as much as 70% since the markets peak in some of the most severely impacted areas of the country.

Do you feel the downturn in the housing market is improving?