Mortgage rates fell as the nation focused on negotiations in Washington, D.C. over the Congressional budget debacle last week. 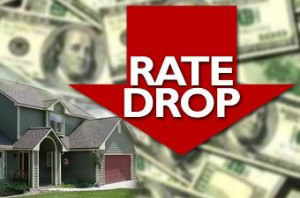 The rate on the little used 15-year fixed mortgage hit the lowest level in more than 21 years to drive a modest upturn in mortgage loan activity, according to the Mortgage Bankers Association.

The average rate on a fully executed 15-year fixed rate loan dropped to 3.52% from 3.67% with 1.02 points on an 80% loan-to-value mortgage, according to the bankers’ survey which accounts for about half of all home mortgage applications in the U.S.

The average rate on a 30-year fixed rate loan declined to 4.45% from 4.57% for the week with 0.78 point. The drop in mortgage rates, however, last week is expected to be offset by a rise in rates this week with U.S. Mortgage Treasury bonds hitting their lowest level since last November on Tuesday.

The rate on the benchmark 10-year Treasury dropped to as low a yield as 2.64% during mid-day trading Tuesday. Treasury rates are closely followed by financial market traders since they usually indicate changes in the direction of interest rates. 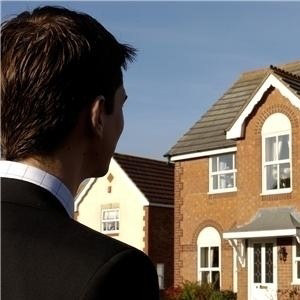 A significant increase in interest rates could jeopardize the U.S. housing market, which is already struggling to gain any sort of footing into a recovery. Home sales, however, have seen an increase in many areas of the nation with much lower prices and a large inventory of discount priced properties to chose from that have been foreclosed as home values continue to slide in most regions.

The market composite index, a combination of new home applications and refinance applications rose 7.1% on a seasonally adjusted basis from a week earlier. Refinances increased 7.8% as homeowners came out in larger numbers as a result of lower interest rates. The purchase index rose 5.1% from the previous week.