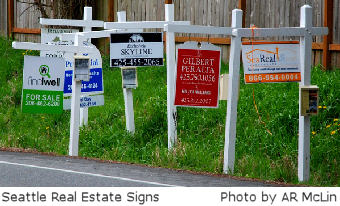 these days as consumer confidence over the U.S. economy wanes. The housing sector of the real estate market was artificially sent to new heights by a concoction of mixtures starting in the stock market on Wall Street and loaded with new mortgages, leaving millions of Americans in financial ruins in its wake.

Younger Americans don’t know whether they should risk buying a home these days or not – for good reason. The same banks and mortgage companies they are considering have burned millions of Americans with lousy mortgages and then instead of making a deal with them, they foreclosed on their homes.

There are about 3-million 20 and 30-somethings like these waiting on the sidelines, according to the U.S. Census . Most are renting and not buying as they see home prices in most areas of the country deflate. The values in many places are forecast to worsen in 2012 as the economy sputters and bankers formally foreclose on an increasing share of homes.

Theoretically the economy will pick up steam and these younger 20-somethings will jump into the market. But that’s only theory. The U.S. housing market is in far too great a hole for that to happen any time quickly as more homeowners bail-out from underwater mortgages, deciding to leave the keys to their upside down home on the kitchen counter.

They figure bad credit won’t be as bad as paying for a losing asset the rest of their lives. “It’s a business decision.” Mortgage agreements are contracts, nothing more, nothing less. They can be broken like any other contract if the party that is found at fault if there is a court challenge decides to take the heat for their decision.

Banks and mortgage companies have long been of the opinion

that their risks providing mortgages to home buyers were minimized by the old conventional thinking that walking away from a mortgage was an immoral thing to do. Times have changed!

Whether you believe it’s a moral issue or not is one thing. When it may impact your financial ability for the next 20 or 30 years to do other things like buy a car, a boat, a cheaper mortgage and many other things it’s all about financial responsibility to yourself and your family. Credit reports or FICO scores heal over time.

The U.S. real estate market is in a long term downturn. It’s been five years since home prices headed south in most of the country and with the record volume of foreclosures that await it will take at least another five years for those homes to be sold-off.

That is unless the government gets involved in a big way. The only way the market will be healed at this point in a shorter time table than at least another five years is a major overhaul of mortgages at risk of foreclosure, including principal reduction and forbearance. If that doesn’t occur don’t look for the market to improve or home prices to go up in the majority of the U.S. for at least another five years. That’ll keep those 20-somethings on the sidelines longer.