It may be true that no other state in the U.S. can use a break more than battered Louisiana in

these tough economic times. The state that suffered the twin hardships from Hurricane Katrina and the BP oil spill has outlawed real estate transfer taxes in an effort to increase home sales.

The law was passed by an overwhelming majority of voters, but the ban will not affect previously established taxes or those in New Orleans proper, which charges a $325 fee any time a business or other piece of property is legally transferred to another party. About half of New Orleans population has not returned after leaving the area following Hurricane Katrina.

“Louisiana is one of only 13 states that do not have transfer taxes,” said Mandi Mitchell, 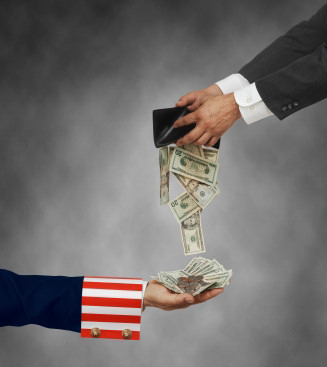 who is associated with a Louisiana Realtors group that lobbied for the issue. The organization, “Stay Tax Free” backed the measure after conducting a study over the impact of transfer taxes on the state’s housing market.

The study found that just a 1% transfer tax levied on real estate sales would have resulted in 5,500 fewer home sales during a year because of the extra expense.

Proponents of the tax argue that its prohibition eliminates a major way of raising taxes for necessary county and state projects. But many of those who voted to outlaw the tax say that it was an unnecessary burden on those buying a home, business or other property in tough economic times.