The Obama administration’s proposal of jobs and spending initiatives would supply much needed aid to the real estate industry, and give 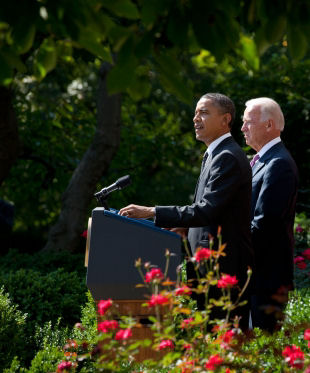 the housing market a shot in the arm towards recovery eventually boosting home prices, an analysis of the program has found.

Consumers and businesses are concerned about the U.S. economy, which has been ailing since the financial crisis exploded on Wall Street more than three years ago. The crisis started in subprime mortgages in the housing market and quickly spread to practically every avenue of the economy.

The jobs proposal could add up to 150,000 new workers a month over a year, according to firms that forecast employment growth and slash the unemployment rate by as much as a full percentage point. The aid package would stimulate growth, adding 1.9 points to gross domestic production, analysts at JP Morgan Chase said.

Moody’s Analytics forecasts the proposal would supply an additional 1.9 million jobs, and increase consumer growth 2%. Increasing the demand for goods and services is critical to improving the nation’s economy, which depends on 70% of its growth on consumer purchases.

The cut in unemployment would come at a critical time for the U.S. as the nation’s economy falters and may be moving into a double dip official government recession. At no other time in modern U.S. history has such a package of proposals been so crucial. 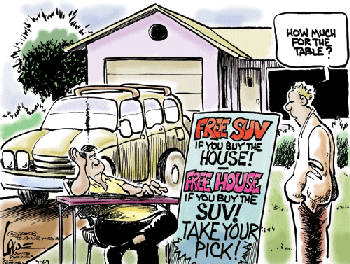 The weakness in real estate has transitioned into the greater economy, pressuring home resales in most neighborhoods and sending home prices lower with some seasonal exceptions with spikes in higher prices for short periods.

The housing market in all but four U.S. states (North Dakota, South Dakota, Iowa and Vermont) has been in regional economic depressions as the foreclosure crisis leaves millions of homeowners worried and wondering whether they will be able to hold on to their homes or become like the 7.5 million others who have already experienced foreclosure.

The economy’s weakness has left an estimated 20 million Americans out of work, including millions of construction workers who could supply the labor to rebuild the nation’s hurting infrastructure by building new bridges, highway overpasses and other structures.

Another seven to ten million Americans are estimated to be underemployed, making too little to pay all their bills and expenses. Low approval ratings in Congress and of President Obama could finally push Congress to get something done before the next presidential election in 14 months, despite political differences between Democrats and Republicans.

An increase in jobs would supply the needed push to get many people back to work and eventually allow them to buy homes, indirectly providing aid to housing markets and eventually push home prices higher.